According to a quote attributed to John F. Kennedy, “Nothing compares to the simple pleasure of riding a bike.” 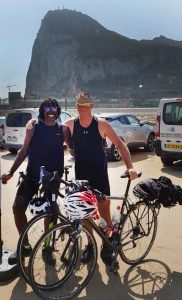 While an occasional gentle ride through the countryside may be enough for most people, the same can’t be said about Mark Hawkins. Hawkins, who is the Global Humanitarian Technology Manager for Save the Children, along with his partner, Sharron Edgecombe, are taking a bike trip to the next level: a 2,250km trip from London to Gibraltar. But this isn’t just a grueling “pleasure” trip, they’re doing it for a good cause: raising funds to benefit NetHope to support the global nonprofit consortium’s many programs that aid everyone from hurricane survivors to refugees.

The pair plan on leaving London on August 20, 2019, and spend two-to-three weeks pedaling toward their destination.

“I wanted to take on a challenge to celebrate 20 years of working in the aid sector,” says Hawkins whose works takes him around the world, setting up mobile communications in times of crisis. These communications allow NGO groups to coordinate relief and often also directly benefit aid recipients to stay in touch with loved ones.

“I know that if we target funding in the correct places,” continues Hawkins, “we are able to get a huge return investment when we fund the right sort of programs. In this new millennium, following any natural disaster, it is essential to connect people quickly. When communities are brought back online, they can use social media to track lost relatives, ask for help from the aid agencies providing relief and to provide localized information which can be used by aid agencies or national emergency organisations.”

Hawkins and Edgecombe will be riding from London to Gibraltar via Africa (to Ceuta, a small Spanish enclave next to Morocco).  The ride will cover 2,250km (1,400 miles). This is an unsupported ride which means that they will both be carrying their own equipment without the aid of a team in a car!  All expenses such as hotels, flights, etc. are paid for by Hawkins and Edgecombe which means that all money raised will go directly to NetHope in support of its great work in disaster preparedness and emergency response.

NetHope has a long history in disaster response. In recent years, it has trained local people across the world to be the next generation of disaster responders. This means that going forward, countries at risk from disasters in the global south can benefit from a trained pool of talent which is local, understands the local culture and speaks local languages. And of course, being local means that a response happens more quickly. 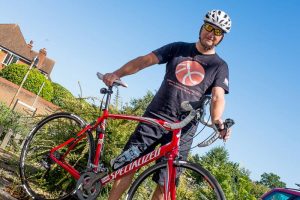 Technology is becoming an important enabler for communities in a post disaster setting. Just like the food, shelter, and water that many services aid agencies have been providing for decades. NetHope is a technology-based organization which means it can activate quickly and operate in lean fashion. The cyclists know that during their ride the money raised will have a significant and positive impact for the communities NetHope supports during a disaster response.

Filed Under: Emergency Response, Faces of NetHope, I am NetHope, Member profile, Member Spotlight, Technology in Our World