When the internet connection went live in the Cherso refugee camp, Atallah was the first resident to thank the NetHope team.

“I had not talked to my daughter in two years,” says Atallah, who is 74. With a solid internet connection, he can now call her via Skype.

Atallah is alone on his arduous journey out of war-torn Syria. His six children have lived in Lebanon and Germany for many years. Atallah left his home in Jobar, near Damascus, after he watched his wife lose her life to an airstrike that hit their home.

After the tragedy, Atallah fled North and attempted to reach Turkey on foot. He recounts being captured by the Turkish army after he fell behind other migrants in his group. “I told the army to kill me, but don’t send me back to Syria,” he says. Eventually, he was released and continued his exhausting journey overland to Izmir, then by boat to Lesvos, and finally North to Cherso.

Currently, an internet connection is the only way for Atallah and tens of thousands of other migrants to apply for asylum. Migrants seeking protection must use Skype to dial the Greek Asylum Service during the hour each day it is open to make appointments. Atallah continues to log online, hoping to reach someone. 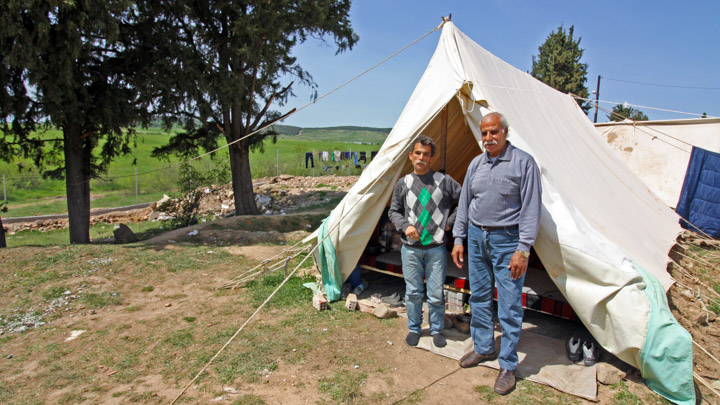 Inside his tent, Atallah spreads his few possessions across his sleeping mat. There are wrinkled photographs of family vacations, handwritten letters from American friends, photocopies of family documents, and a smartphone.

Atallah calls and messages his children each day.. “I tell them, OK, I am good, not bad,” he says. “I don’t like to make them any problem.” While Atallah maintains his optimism, the NetHope team will continue working to expand internet access in camps across Northern Greece.

This post is part of an ongoing series of stories from NetHope's work in Greece to provide connectivity to refugees.